The sixth part of this series recaps on the traits of hypocrisy identified in verses 204-206 of Sūrat al-Baqarah; especially emphasizing the importance of avoiding arrogance, controlling one’s anger and sincerely apologising. Thereafter the contrasting verse 207 and the life of Suhayb al-Rūmī r.a, about whom the verse was revealed, is discussed to the extent of how Umar r.a appointed Suhayb as a temporary imam during his final days.

Thereafter the topic moves to verse 118 of Surat Āl ‘imran, in which the Muslims were told not to keep munāfiqūn as their confidants, with various signs of a munāfiq being mentioned in the verse. The talk here emphasizes the purity of tongue and its connection to purity of heart – the example being that of the Prophet ﷺ who could not even feign vulgarity of the tongue. Emphasis is also placed on how we should look for traits of hypocrisy within ourselves rather than judging others since we cannot know their state with Allah.

Towards the end of the talk, the concept of ḥasad is discussed and poetry cited to illustrate its peculiar nature. Linguistic meanings of the words “shamātah”, “biṭānah” and “sa’i” are given in various places of the talk. 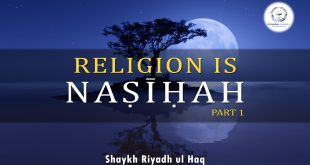