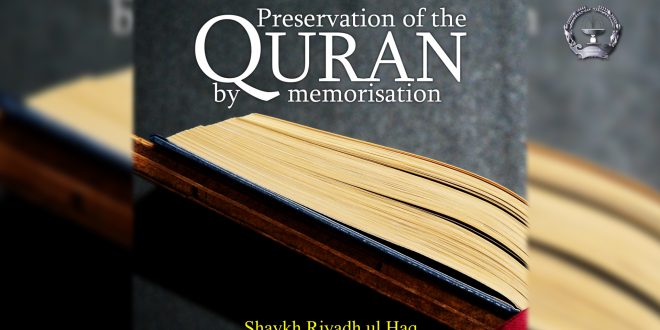 Preservation Of The Quran By Memorisation

No video has been published for this talk

For Muslims, the Qurʾān is not a written tradition as much as it is an oral tradition. It may not be the most published or bestselling book in the world yet it has a unique honour and distinction of being the most widely memorised and read book, not only today but throughout history. Miraculously, it has been preserved from heart to heart. Allāh has vowed to preserve its words, method of recitation, meaning and messages.