“And those who disbelieve say,’Why isn’t the Quran revealed to him in one go?’ In this way We strengthen your heart…..”

Human beings are naturally forgetful and it takes constant bombardment and repetition for a message to find a place in one’s heart. Many of us fail to act upon the teachings of deen because they have not been etched in our minds and engraved in our hearts. For this reason it is vital that a person regularly and consistently attends gatherings of ilm (knowledge) because one is constantly reminded ; one’s heart is strengthened and this is the method of the Quran and sunnah of Rasulullah صلى الله عليه وسلم as demonstrated in the above verse. When a person continues to attend such gatherings over many years, there will come a time when he will see the benefit of all that learning, for example, in a situation such as a calamity or misfortune.

A related topic was touched upon in Strengthen Your Heart Part 1.

[This short excerpt is based on a dars held by Shaykh Abu Yusuf Riyadh ul Haq on 1st August 2000]. 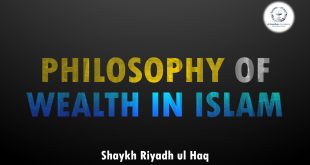