The exegesis of this short Sūrah contains a brief biography of the Messenger of Allāh ﷺ, illustrating his life, victory of Makkah and his demise. We learn of the emergence of an orphan who in very difficult circumstances achieved and accomplished so much that even many non-Muslims have hailed him as the greatest, single most influential human being in the entire history of mankind.

Some of the amazing lessons learnt from this exegesis are that in victory or following any personal accomplishment one should not gloat or be proud, rather one should be humble and hymn the glory of Allāh. We learn that the Messenger ﷺ had the miraculous ability to induce love after hate. His beautiful character inspired and continue to inspire people worldwide, resulting in multitudes embracing the religion of Allāh. 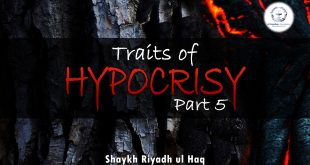