The Hypocrites: A Tafsir of Surat al-Munafiqun Part 5

The Hypocrites: A Tafsīr of Sūrat al-Munāfiqūn Part 5
Delivered by Shaykh Riyadh ul Haq on Friday 3rd May 2019 at Al Kawthar Academy, Leicester

Sūrat al-Munāfiqūn is the 63rd chapter in the Qurān and was revealed in Medina. It is a sūrah detailing some of the claims and plots of the hypocrites and is one which the Prophet ﷺ would often recite during the Friday prayers. This series details the causes of revelation for each verse as well as an in-depth analysis of aḥādīth surrounding these events.

The final part in this series covers the remaining three verses of the surah in which the topic is shifted to wealth. Hypocrites are absorbed by wealth due to their shallow and short-sighted worldview. Having failed the test of wealth and seeing themselves in others, their belief was that Muslims would share a similar view on wealth. Family members, children and wealth are all deemed as a test for a believer as mentioned in verses of Surat al-Taghābun.

Several aḥādīth are quoted to explain that a Muslim must calibrate his thinking to have a sound worldview. This includes; how we should view riba, who is a ‘loser’, who is a ‘champion’, who is ‘rich’ and who is ‘penniless’. Miserliness is explained to be a trait of hypocrisy and emphasis is placed on spending in the way of Allāh while we are young and able. 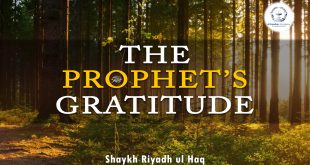