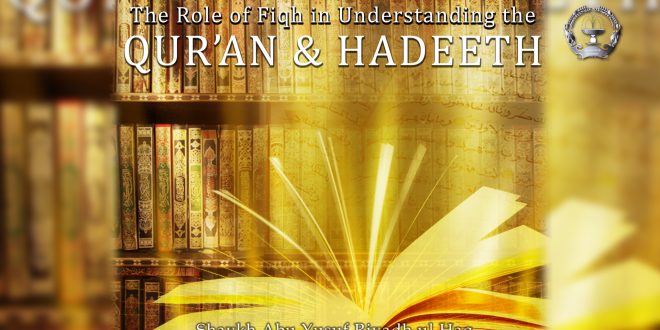 Role of Fiqh in Understanding the Quran & Ahadith

No Video Published for this Talk

When a person refers to the expert opinion of one of the classical scholars and their respective schools of thought he or she is considered by certain people to be one who has abandoned the Qurʾān and ḥadīth.

Find out more about the importance, the role and obligation of adhering to fiqh in understanding the Qurʾān and ḥadīth in this erudite and much-needed discourse.